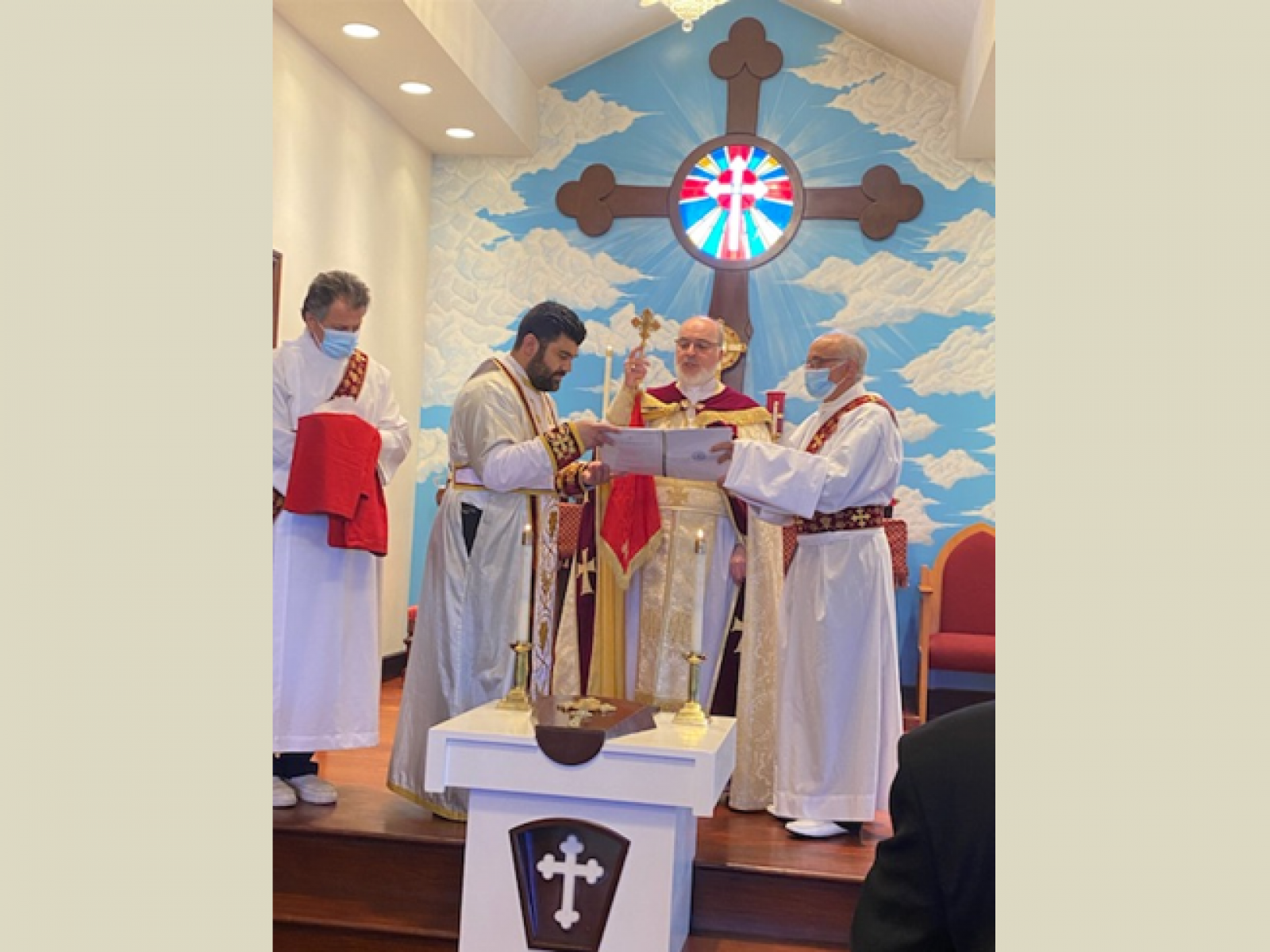 Mar Narsai Parish
3939 Lawton Street
San Francisco CA 94122
415-753-1869
Sunday Schedule
Morning Prayers begin at 9:00AM.
Raza Qadisha (Holy Liturgy) begins at 10:00AM.
Bible Study
Qasha Ephraim holds an adult Bible Study every Tuesday from 6:30 to 8:30 via Zoom.  Contact Qasha Ephraim using the form below to get the link to join in! Rabbi Qasha Ephraim Alkhas was born in Southern California and grew up as an active youth member of St. Mary Parish of the Church of the East in Tarzana, CA.  He was tonsured a reader when he was 15 years old in St. Mary's Church.  Rabbi Qasha Ephraim has a Master's of Philosophy and Theology from the Dominican School of Philosophy and Theology, a Master's of Divinity from Saint Vladimir's Orthodox Theological Seminary, and a Bachelor's degree in Spanish Literature from Cal State University Northridge. In 2009 he was ordained a priest in the Antiochian Orthodox (Rome Orthodox) Church, and served as a pastor in Wasilla, Alaska.  Feeling called to return to the church of his heritage, he was received as a priest in the Church of the East by His Grace Mar Awa in 2013.

Rabbi Qasha Ephraim has served as the priest of Mar Narsai Parish since 2019.  He also works with His Grace Mar Awa on the Commission on Inter-Church Relations and Educational Development (CIRED).  He is a member of the Assyrian delegation in the official Bilateral Dialogue of the Russian Orthodox Church and Assyrian Church of the East.

Rabbi Qasha Ephraim and his wife Elaine have been married since 2005.  They have four young daughters, Shoshana, Elishwa, Mariam, and Sophia.  In his spare time, Rabbi enjoys gardening, woodworking, camping, canoeing, and fishing.