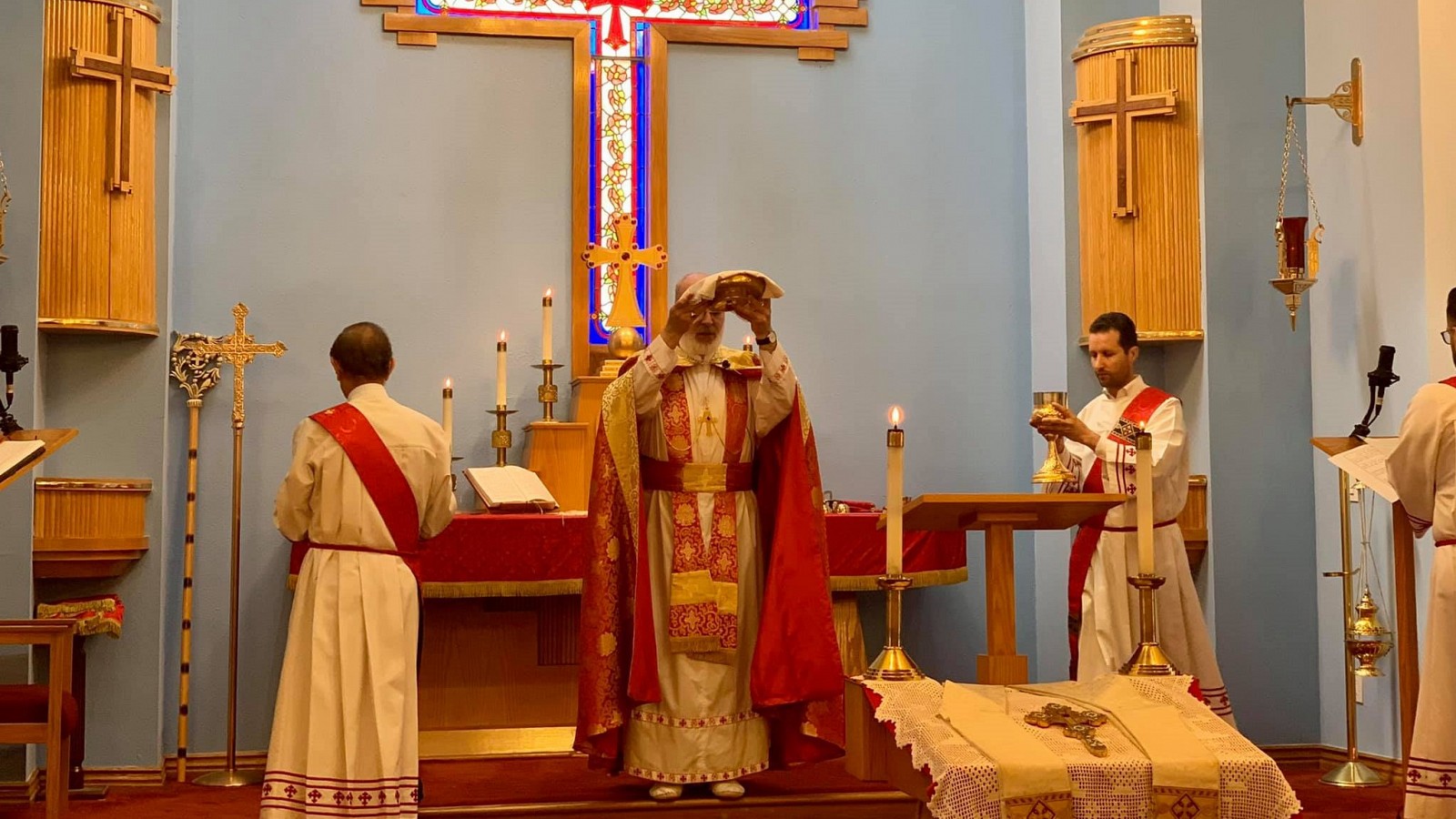 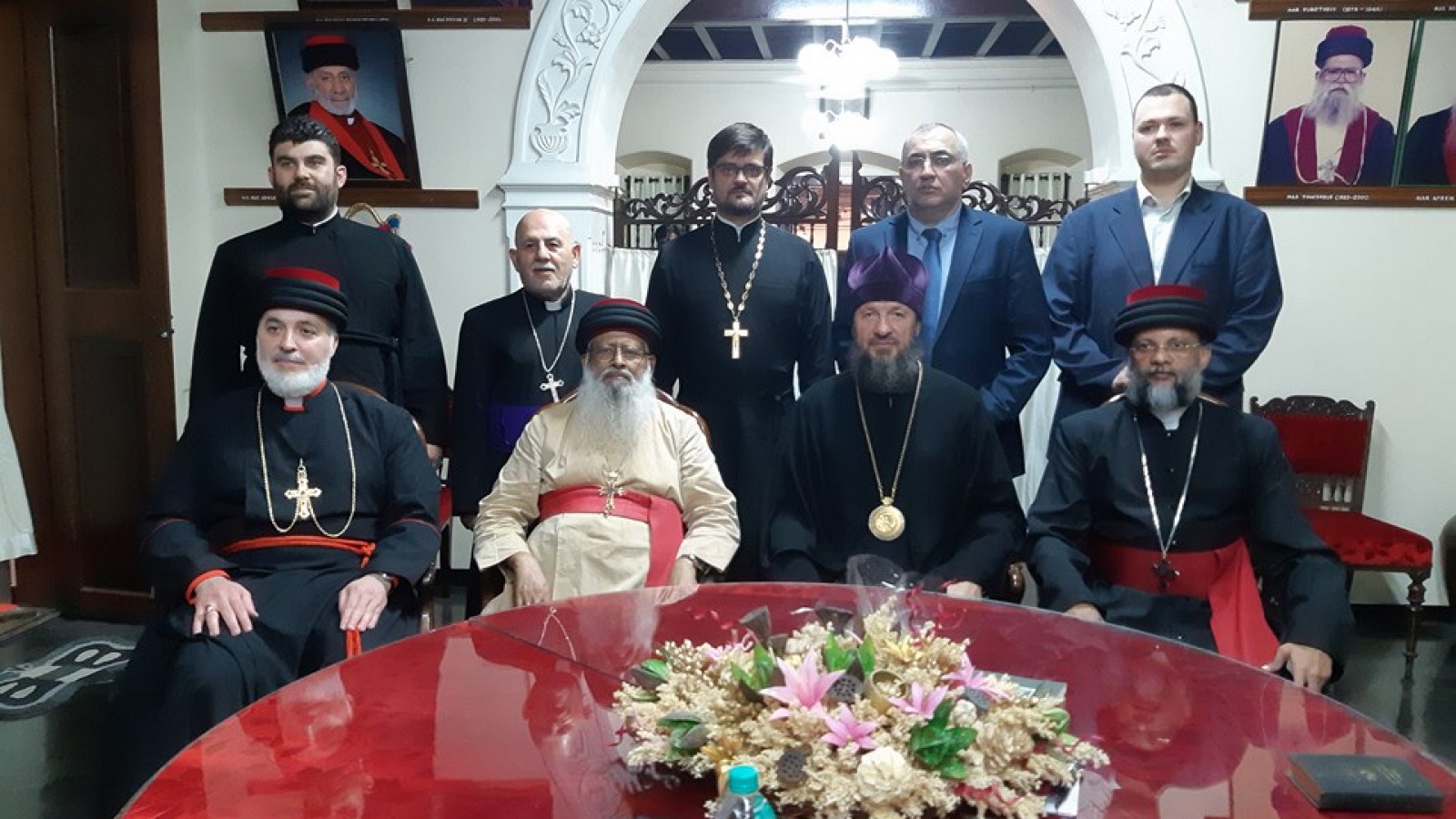 Meeting of the Presbyterate of the Diocese of California

After the opening prayer, His Grace read from the Epistle of St. Paul to the Galatians (6:1-10). The bishop further thanked the priests for attending to their flocks in their respective parishes during the past 18 months, which was a difficult period for all due to the Covid-19 pandemic, and its effects on the Church and the faithful as a whole. Notwithstanding the pandemic, yet the Church made every attempt to always make available liturgical services and to meet the various spiritual needs of the faithful during these difficult days.

Many issues concerning the life of the Church were discussed and were a part of the meeting agenda. These included liturgical matters, the deacons of the diocese, the work of the Church for the youth and their events, pastoral concerns, the manifold spiritual needs of the faithful, and upcoming momentous future occasions and successes in various parishes. The upcoming meeting of all of the priests of the dioceses of our Church in America was also discussed, which is schedule to take place in the month of October. The next meeting of the presbyterate will take place on Wednesday, November 3, 2021. His Grace Mar Awa Royel was born and raised in Chicago. He was ordained a deacon at the Mar Gewargis Cathedral, Chicago, on January 19, 1992, by the late Catholicos-Patriarch His Holiness Mar Dinkha IV. He attended Loyola University, Chicago, from 1993 to 1997, receiving his B.A. in 1997 from Loyola University of Chicago, Illinois, with a major in Theology and minor in Philosophy. In 1999, he graduated with a Bachelor of Sacred Theology from the University of St. Mary of the Lake, Mundelein, Illinois. He was then ordained a priest on May 23, 1999 by His Holiness Mar Dinkha IV, Catholicos-Patriarch, at the patriarchal cathedral of Mar Gewargis in Chicago. His Grace was then sent to Rome for his graduate studies in Theology, and in 2001 he graduated with a Licentiate of Sacred Theology from the Pontifical Oriental Institute, Rome, specializing in Oriental Liturgy.

In 2005 he was assigned as assistant pastor of the Mart Maryam parish in Los Angeles, California. Then, in May of 2006 he was assigned as the parish pastor of Mar Yosip Parish, in San Jose, California. In 2007, he received his Doctorate of Sacred Theology from the same Oriental Institute in Rome, specializing in Eastern Liturgy. His Grace Mar Awa was promoted to the rank of Cor-bishop on July 15, 2007 by His Holiness Mar Dinkha IV at the patriarchal cathedral in Chicago, and elected to episcopacy by the Holy Synod of the Assyrian Church of the East held in Dohuk, Iraq, in October of 2008. His Grace was promoted as Archdeacon on November 23, 2008 by His Holiness Mar Dinkha IV, at Mar Yosip church, San Jose, California. The following Sunday, Archdeacon David was consecrated to the episcopacy by His Holiness Mar Dinkha IV, Catholicos-Patriarch (at Mar Zaia Cathedral, Modesto, California on November 30, 2008, and given the ecclesiastical name ‘Mar Awa’. 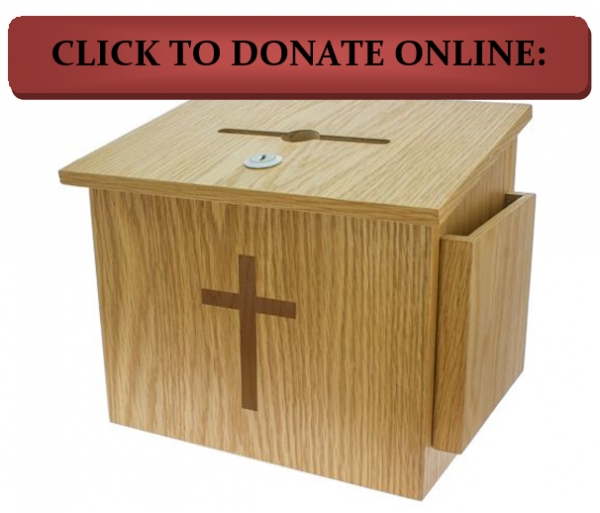 BISHOPS OF THE DIOCESES OF THE UNITED STATES MEET AHEAD OF NATIONAL YOUTH CON...

The bishops of the Assyrian Church of the East in the United States meet recently ahead of the 33rd annual National Youth Conference. Attending the meeting were: His Grace Mar Aprim Khamis, Bishop of the Diocese of the Western USA; His Grace Mar A...

On Sunday 23 May 2021, the Assyrian Church of the East and Assyrian community of Victoria celebrated the historic opening of the newly constructed St Abdisho’s Assyrian Centre in Coolaroo. The Centre is a Diocesan project to provide an accessible ... 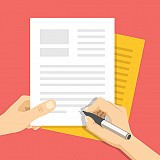 Petition for Dissolution of Marriage